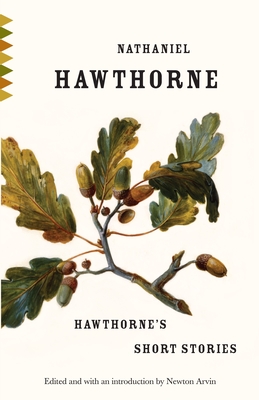 Twenty-four of the best short stories by one of the early masters of the form, in the definitive collection edited by acclaimed scholar Newton Arvin.

Nathaniel Hawthorne was one of the greatest American writers of the nineteenth century, and some of his most powerful work was in the form of fable-like tales that make rich use of allegory and symbolism. The dark beauty and moral force of his imagination are evident in such enduring masterpieces as "Young Goodman Brown," in which a young man who believes he has witnessed a satanic initiation can never see his pious neighbors the same way again; “Rappaccini's Daughter," about a lovely young girl who has been raised in isolation among dangerous poisons; and "The Birthmark," in which a scientist obsessed with perfection destroys the flaw that makes his otherwise flawless wife both beautiful and human.

Nathaniel Hawthorne (1805-64) was an American novelist and short-story writer. He was born in Salem, Massachusetts, and graduated from Bowdoin College. His first novel, Fanshawe, was published anonymously in 1828, followed by several collections of short stories, including Twice-Told Tales and Mosses from an Old Manse. His later novels include The Scarlet Letter, The House of Seven Gables, The Blithedale Romance, and The Marble Faun.

Newton Arvin (1900-63) was a literary critic and professor at Smith College known for his influential writings about nineteenth-century American literature. He is the author of biographies of Nathaniel Hawthorne and Walt Whitman, and his biography of Herman Melville won the National Book Award in 1951.