The Metamorphosis and Other Stories (Paperback) 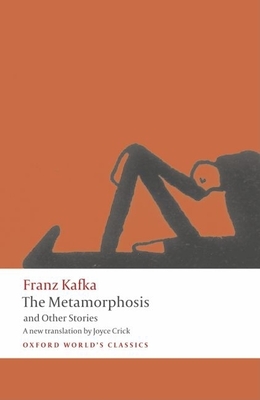 It is one of the most memorable first lines in all of literature: "When Gregor Samsa woke one morning from uneasy dreams, he found himself transformed into some kind of monstrous vermin." So begins Kafka's famous short story, The Metamorphosis. Kafka considered publishing it with two of the stories included here in a volume to be called Punishments. The Judgment explores an enigmatic power struggle between a father and son, while In the Penal Colony examines questions of power, justice, punishment, and the meaning of pain in a colonial setting. These three stories are flanked by two very different works. Meditation, the first book Kafka published, consists of light, whimsical, often poignant mood-pictures, while the autobiographical Letter to his Father analyzes his difficult relationship with his father in devastating detail. This new translation by Joyce Crick pays particular attention to the nuances of Kafka's style, and the Introduction and notes by Ritchie Robertson provide guidance to this most enigmatic and rewarding of writers. There is also a Biographical Preface, an up-to-date bibliography, and a chronology of Kafka's life. About the Series: For over 100 years Oxford World's Classics has made available the broadest spectrum of literature from around the globe. Each affordable volume reflects Oxford's commitment to scholarship, providing the most accurate text plus a wealth of other valuable features, including expert introductions by leading authorities, voluminous notes to clarify the text, up-to-date bibliographies for further study, and much more.

Joyce Crick is an award-winning translator who taught at University College London for many years. Ritchie Robertson is Fellow and Tutor in German at St. John's College, Oxford.