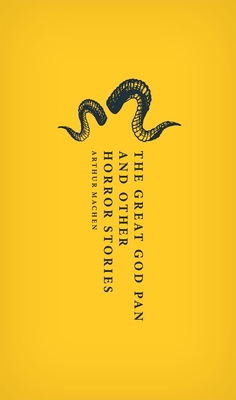 Something pushed out from the body there on the floor, and stretched forth a slimy, wavering tentacle... Perhaps no figure better embodies the transition from the Gothic tradition to modern horror than Arthur Machen. In the final decade of the nineteenth century, the Welsh writer produced a seminal body of tales of occult horror, spiritual and physical corruption, and malignant survivals from the primeval past which horrified and scandalized late-Victorian readers. Machen's weird fiction has influenced generations of storytellers, from H. P. Lovecraft to Guillermo Del Toro - and it remains no less unsettling today. This new collection, which includes the complete novel The Three Impostors as well as such celebrated tales as The Great God Pan and The White People, constitutes the most comprehensive critical edition of Machen yet to appear. In addition to the core late-Victorian horror classics, a selection of lesser-known prose poems and later tales helps to present a fuller picture of the development of Machen's weird vision. The edition's introduction and notes contextualize the life and work of this foundational figure in the history of horror.

Arthur Machen is a significant figure in supernatural literature of the late-nineteenth and early-twentieth centuries. His work, which mixes Gothic horror with fin-de-siecle mysticism, has influenced writers and film-makers (notably H. P. Lovecraft, Jorge Luis Borges, Stephen King, and Alan Moore). From the beginning of his literary career, Machen espoused a mystical belief that the humdrum ordinary world hid a more mysterious and strange world beyond. His gothic and decadent works of the 1890s concluded that the lifting of this veil could lead to madness, sex, or death, and usually a combination of all three. Machen's later works became somewhat less obviously full of gothic trappings, but for him investigations into mysteries invariably resulted in life-changing transformation and sacrifice. Aaron Worth is Associate Professor of Rhetoric at Boston University, having previously taught courses in English and American literature at Brandeis University. His book Imperial Media: Colonial and Information Systems in the British Literary Imagination, 1857-1918 was published by Ohio State UP in 2014 (reviewed in TLS and widely in scholarly journals; paperback edition in 2016). He has published essays on Victorian literature and culture in leading journals including Victorian Studies, Victorian Literature and Culture, and Victorian Poetry, as well as original horror fiction in magazines including Cemetery Dance and Aliterate. Worth is the author of the entry on Horror Fiction in the recent Blackwell's Encyclopedia of Victorian Literature (2015).