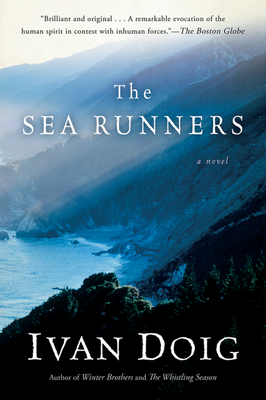 In this timeless survival story, four indentured servants escape their Russian Alaska work camp in a stolen canoe, only to face a harrowing journey down the Pacific Northwest coast. Battling unrelenting high seas and fierce weather from New Archangel, Alaska, to Astoria, Oregon, the men struggle to avoid hostile Tlingit Indians, to fend off starvation and exhaustion, and to endure their own doubt and distrust. Based on an actual incident in 1853, The Sea Runners is a spare and awe-inspiring tale of the human quest for freedom.

Ivan Doig (1939-2015) was born in Montana and grew up along the Rocky Mountain Front, the dramatic landscape that has inspired much of his writing. A recipient of a lifetime Distinguished Achievement Award from the Western Literature Association, he is the author of fifteen novels and four works of nonfiction.

PRAISE FOR THE SEA RUNNERS

"Brilliant and original . . . A remarkable evocation of the human spirit in contest with inhuman forces."--The Boston Globe

"The Sea Runners . . . goes beyond being 'about' survival and becomes, mile by terrible mile, the experience itself."--The New York Times Book Review