The End: A Postapocalyptic Novel (The New World Series #1) (Paperback) 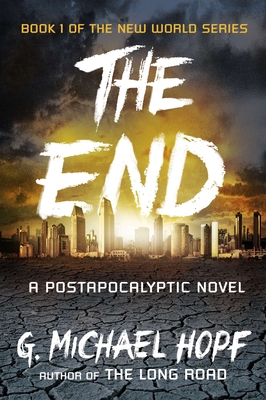 This is book number 1 in the The New World Series series.

A man fights to protect his family in this postapocalyptic survival novel—the first in the New World series.

Young Gordon Van Zandt valued duty and loyalty to country above all, so after 9/11, he dropped out of college and joined the Marine Corps. This idealism vanished one fateful day in a war-torn city in Iraq. Ten years later, he is still struggling with the ghosts of his past when a new reality is thrust upon him and his family: North America, Europe and the Far East have all suffered a devastating Super-EMP attack, which causes catastrophic damage to the nation’s power grid and essential infrastructures. Everything from cell phones to cars to computers cease to function, putting society at a standstill.

With civilization in chaos, Gordon must fight for the limited and fast dwindling resources. He knows survival requires action and cooperation with his neighbors, but as the days wear on, so does all sense of civility within his community—and so he must make some of the most difficult decisions of his life in order to ensure his family’s safety.

G. Michael Hopf is the author of the New World series. He spent two decades living a life of adventure before settling down to pursue his passion for writing. He is a former combat veteran of the U.S. Marine Corps and former bodyguard. He lives with his family in San Diego, CA.

Praise for the New World Series

“[Hopf] excels in his storytelling. Its authenticity makes it not only compelling but thought provoking as well.”—David Miller, The Herald-Dispatch (Huntington, West Virginia)