The Real Story of Ah-Q and Other Tales of China: The Complete Fiction of Lu Xun (Paperback) 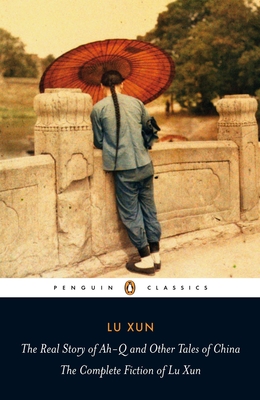 Lu Xun is one of the founding figures of modern Chiense literature. In the early twentieth century, as China came up against the realities of the modern world, Lu Xun effected a shift in Chinese letters away from the ornate, obsequious literature of the aristocrats to the plain, expressive literature of the masses. His celebrated short stories assemble a powerfully unsettling portrait of the superstition, poverty, and complacency that he perceived in late imperial China and in the revolutionary republic that toppled the last dynasty in 1911. This volume presents Lu Xun's complete fiction in bracing new translations and includes such famous works as "The Real Story of Ah-q," "Diary of a Madman," and "The Divorce." Together they expose a contradictory legacy of cosmopolitan independence, polemical fractiousness, and anxious patriotism that continues to resonate in Chinese intellectual life today.

Lu Xun (1881–1936) studied to be a doctor before turning to writing, as the self-appointed literary physician of China’s spiritual ills. After his death, he was called “the saint of modern China” by Mao Zedong, who commandeered him in service of the Cultural Revolution.

Julia Lovell (translator) teaches modern Chinese history and literature at Birkbeck College, University of London. Her translations include Lust, Caution by Eileen Chang, Serve the People by Yan Lianke, and I Love Dollars by Zhu Wen.

Yiyun Li (afterword), one of Granta’s Best Young American Novelists Under 35 and one of The New Yorker’s “20 Under 40” best fiction writers, is the recipient of a MacArthur Fellowship, the Frank O’Connor International Short Story Award, the PEN/Hemingway Award, the Whiting Writers’ Award, and the Guardian First Book Award. Born in Beijing, she lives in Oakland, California.

"Lu Xun is not just a great writer. He is an essential writer—the kind whose works provide the clues an outsider needs to unlock the cultural code of a nation, and whose work becomes embedded in a nation's DNA. . . . This affordable volume comprises . . . his complete fiction. Julia Lovell's are arguably the most accessible translations yet. . . . Together, they give Lu Xun his best shot to date of achieving renown beyond the Chinese world. If it succeeds in this, the book could be considered the most significant Penguin Classic ever published." —Time

"Julia Lovell and Penguin have done Chinese modern literature a great service in bringing this passionate, witty and bleakly nostalgic work to what one hopes will be a wider audience. Lovell's introduction is excellent." —The Times Literary Supplement