Warriors: A Vision of Shadows #1: The Apprentice's Quest (Paperback) 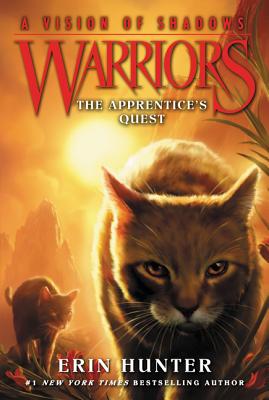 This is book number 1 in the Warriors: A Vision of Shadows series.

For many moons, ThunderClan, ShadowClan, RiverClan, and WindClan have lived in peace in their territories around the lake. But now they must decipher a mysterious prophecy—a message that will send one young medicine cat apprentice on a quest to determine the fate of all the warrior Clans.

Full of epic adventure and thrilling intrigue, the beginning of this fifth Warriors series is the perfect introduction for readers new to the Warriors world. And for dedicated fans, it’s a long-awaited return to the era of Bramblestar’s ThunderClan, after the events of Omen of the Stars.