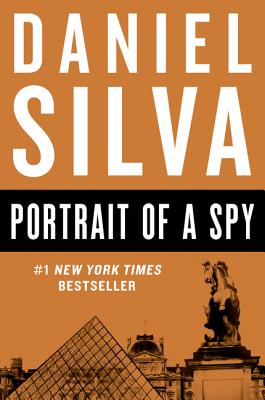 This is book number 11 in the Gabriel Allon series.

It was supposed to be the start of a pleasant weekend in London for master art restorer and spy Gabriel Allon and his wife, Chiara. But a deadly pair of bombings in Paris and Copenhagen has already marred this lovely autumn day. Then, before he can stop a man he suspects is about to launch a third attack in Covent Garden, Gabriel is knocked to the pavement—and he can only watch helplessly as the nightmare unfolds.

The haunting memory of his failure to stop the massacre of innocents is still fresh when Gabriel is summoned to Washington—and plunged into a deadly confrontation with the new face of global terror. An elusive American-born cleric in Yemen—once a paid CIA asset whom Allah has granted "a beautiful and seductive tongue"—stands at the center of the explosive plague of death and destruction. And the worst is yet to come. . . .