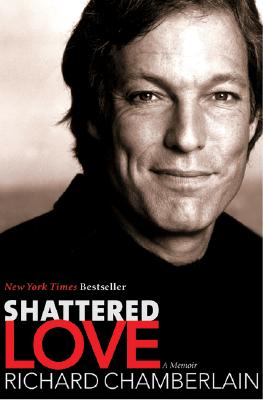 One of the most beloved actors of our time shares the New York Times bestselling story of how he learned to live with an open heart.

Early in his career, shortly after rising to fame as television's Dr. James Kildare, Richard Chamberlain took on the role of Hamlet on the English stage. The play contained a lesson the actor has remembered throughout his life: "To thine own self be true." But for Chamberlain these were not always easy words to live by. Even as he won the adoration of millions of fans, this handsome, charming, debonair leading man seriously questioned his own self–worth, living a life haunted by personal insecurity despite decades of immense popular success in memorable roles in Dr. Kildare, The Thorn Birds, Shogun, and other television dramas. Finally, with the help of friends and guidance from spiritual teachers, including Krishnamurti, Chamberlain began the sometimes painful but deeply rewarding process of reconciling his deepest self with his public persona. Now, in Shattered Love, he poignantly recounts his lifelong struggle to find happiness. Tracing a fascinating path through his meteoric rise to success, he chronicles his struggle to come to terms with his own imperfections, his growing desire to be honest about his sexual orientation, and his yearning to live with an open heart. And along the way he imparts the lessons he has learned about overcoming our own self–imposed obstacles to happiness: the importance of listening to our own instincts instead of listening only to others, not demanding the impossible of ourselves, and allowing ourselves to explore negative feelings in order to move forward.

Richard Chamberlain has starred in such classics as Dr. Kildare, The Thorn Birds, and Shogun and has received rave reviews for his theatrical turns in Hamlet, Cyrano de Bergerac, and My Fair Lady, as well as numerous other plays and films. Chamberlain lives in Hawaii, where he continues to act and pursue his passion for painting.