Anatomy of a Miracle by Jonathon Miles 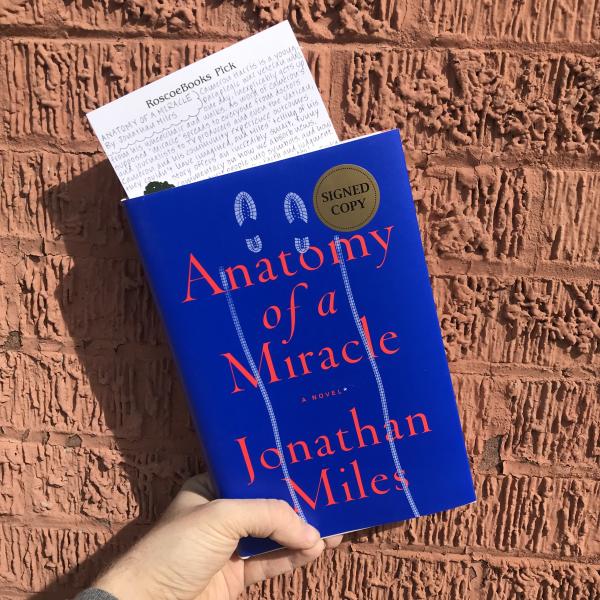 Anatomy of a Miracle by Jonathan Miles

"Cameron Harris is a young, paraplegic war veteran who, one day, inexplicably gets up from his wheelchair and walks.  As word of Cameron's supposed "miracle" spreads to everyone from doctors and journalists to TB producers and even the Vatican, Cameron and his community experience outcomes they couldn't have imagined, and Miles' telling of his story offers an incredibly smart, funny commentary on how we absorb news, now we turn people into symbols, and how our lives are shaped by faith and judgment.  Definitely one of my recent favorites!

Anatomy of a Miracle: A Novel* (Hardcover)

Rendered paraplegic after a traumatic event four years ago, Cameron Harris has been living his new existence alongside his sister, Tanya, in their battered Biloxi, Mississippi neighborhood where only half the houses made it through Katrina. One stiflingly hot August afternoon, as Cameron sits waiting for Tanya during their daily run to the Biz-E-Bee convenience store, he suddenly and inexplicably rises up and out of his wheelchair.

In the aftermath of this "miracle," Cameron finds himself a celebrity at the center of a contentious debate about what's taken place. And when scientists, journalists, and a Vatican investigator start digging, Cameron's deepest secrets--the key to his injury, to his identity, and, in some eyes, to the nature of his recovery--become increasingly endangered. Was Cameron's recovery a genuine miracle, or a medical breakthrough? And, finding himself transformed into a symbol, how can he hope to retain his humanity?

Brilliantly written as closely observed journalistic reportage and filtered through a wide lens that encompasses the vibrant characters affected by Cameron's story, Anatomy of a Miracle will be read, championed, and celebrated as a powerful story of our time, and the work of a true literary master.