America for Beginners by Leah Franqui 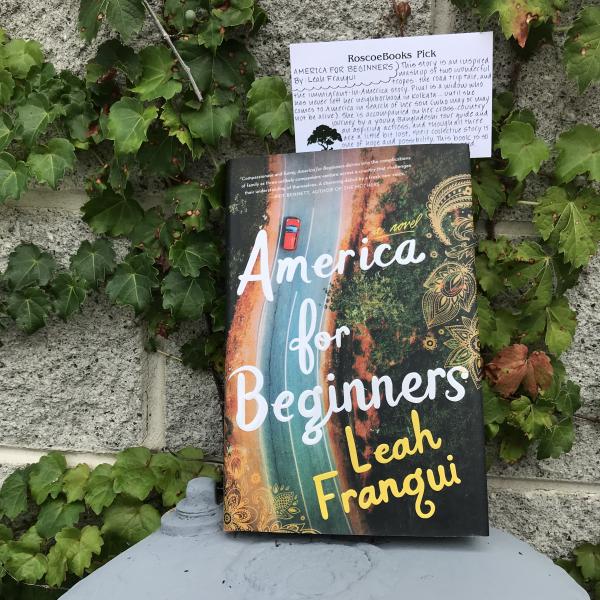 America for Beginners by Leah Franqui

" This story is an inspired mashup of two wonderful tropes: the road trip tale, and the immigrant-in-America story.  Pival is a widow who has never left her neighborhood in kolkata... until she comes to America in search of her Son (who may or may not be alive).  She is accompanied on her cross-country journey by a young Bangladeshi tour guide and an aspiring actress, and though all three are a little bit lost, their collective story is one of hope and possibility.  This book is so big-hearted, and a total pleasure to read.  "  - Recommended by Erika

America for Beginners: A Novel (Hardcover)

Pival Sengupta has done something she never expected: she has booked a trip with the First Class India USA Destination Vacation Tour Company. But unlike other upper-class Indians on a foreign holiday, the recently widowed Pival is not interested in sightseeing. She is traveling thousands of miles from Kolkata to New York on a cross-country journey to California, where she hopes to uncover the truth about her beloved son, Rahi. A year ago Rahi devastated his very traditional parents when he told them he was gay. Then, Pival’s husband, Ram, told her that their son had died suddenly—heartbreaking news she still refuses to accept. Now, with Ram gone, she is going to America to find Rahi, alive and whole or dead and gone, and come to terms with her own life.

Arriving in New York, the tour proves to be more complicated than anticipated. Planned by the company’s indefatigable owner, Ronnie Munshi—a hard-working immigrant and entrepreneur hungry for his own taste of the American dream—it is a work of haphazard improvisation. Pival’s guide is the company’s new hire, the guileless and wonderfully resourceful Satya, who has been in America for one year—and has never actually left the five boroughs. For modesty’s sake Pival and Satya will be accompanied by Rebecca Elliot, an aspiring young actress. Eager for a paying gig, she’s along for the ride, because how hard can a two-week "working" vacation traveling across America be?

Slowly making her way from coast to coast with her unlikely companions, Pival finds that her understanding of her son—and her hopes of a reunion with him—are challenged by her growing knowledge of his adoptive country. As the bonds between this odd trio deepens, Pival, Satya, and Rebecca learn to see America—and themselves—in different and profound new ways.