All Our Wrong Todays by Elan Mastai 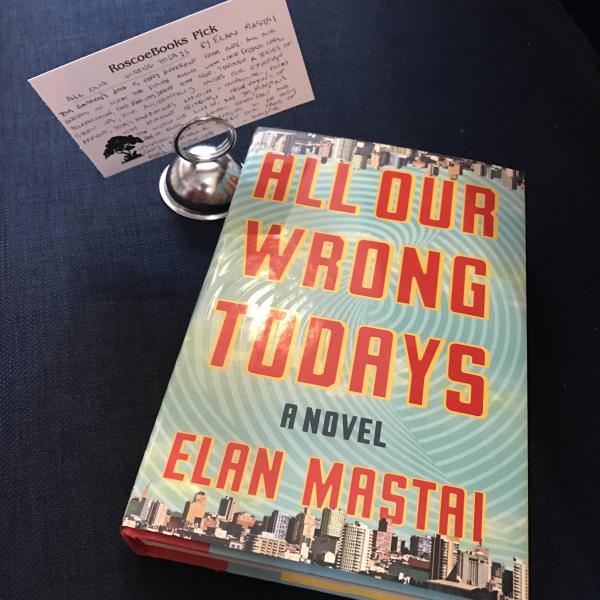 All Our Wrong Todays By Elan Mastai

"Tom Barren's 2016 is very different from ours: all our guesses of what the future might look like (flying cars, teleportation, food replicas) have come true. Through a series screw-ups, Tom accidentally causes our dystopian present. Tom's narration is addictive and compelling, filled with poignant critiques and observations on the world we live in. And yet, Mastai's debut novel ends up being heartfelt and uplifting, while never ceasing to be very funny and entertaining. Perfect for fans of Ready Player One." - Recommended by Wayne

All Our Wrong Todays: A Novel (Hardcover)

You know the future that people in the 1950s imagined we'd have? Well, it happened. In Tom Barren's 2016, humanity thrives in a techno-utopian paradise of flying cars, moving sidewalks, and moon bases, where avocados never go bad and punk rock never existed...because it wasn't necessary.
Except Tom just can't seem to find his place in this dazzling, idealistic world, and that's before his life gets turned upside down. Utterly blindsided by an accident of fate, Tom makes a rash decision that drastically changes not only his own life but the very fabric of the universe itself. In a time-travel mishap, Tom finds himself stranded in our 2016, what we think of as the real world. For Tom, our normal reality seems like a dystopian wasteland.
But when he discovers wonderfully unexpected versions of his family, his career, and--maybe, just maybe--his soul mate, Tom has a decision to make. Does he fix the flow of history, bringing his utopian universe back into existence, or does he try to forge a new life in our messy, unpredictable reality? Tom's search for the answer takes him across countries, continents, and timelines in a quest to figure out, finally, who he really is and what his future--our future--is supposed to be.
All Our Wrong Todays is about the versions of ourselves that we shed and grow into over time. It is a story of friendship and family, of unexpected journeys and alternate paths, and of love in its multitude of forms. Filled with humor and heart, and saturated with insight and intelligence and a mind-bending talent for invention, this novel signals the arrival of a major talent.